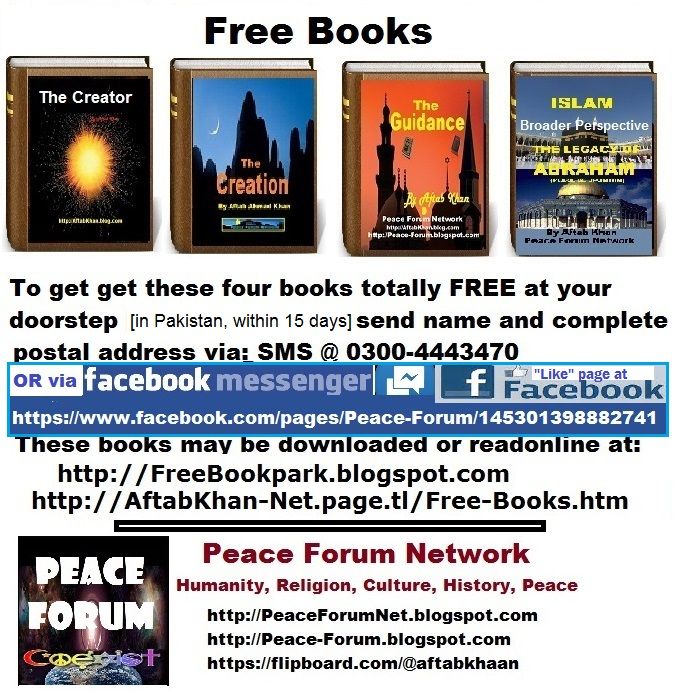 The Creator Is there a God?

The idea of a Supreme Power who is the First Cause of all things, the Creator and Ruler of heaven and earth has always been part of human nature from the beginning. The belief on God was followed by His worship in different cultures. The relation of a group of human beings to God or the gods or to whatever they consider sacred or, in some cases, merely supernatural is known as religion. The beliefs supporting the existence of God or against it, including the middle positions have resulted in an array of doctrines, the most prominent among them are; Theism, Monotheism, Theodicy, Deism, Agnosticism and Atheism. The main issue which have remained the center of attention of believers of the God has been; How to prove the existence of God rationally? Dilated upon in this book. The Abrahamic religions e.g., Judaism, Christianity, and Islam attempt to satisfy human quest through the Revealed knowledge received by the prophets and messengers of God. While exploring the historic development in theosophical and scientific aspects about ‘The God’ and ‘The Creation’ specifically in the three religions linked to Abraham.  Islam emerges as true legacy of Abraham contrary to the common perception that it was a new religion founded by Prophet Muhammad (peace be upon him). Does God really exist? Find out more at: http://freebookpark.blogspot.com/2012/07/creator.html

The Creation : Why do we exist?

Man has always been inquisitive about the origin and creation of universe to which earth is just a small part. The whole cosmic system of matter and energy is called universe. Its main constituents are the galaxies, within which are stars and stellar groupings and nebulae. Earth’s Sun is one star among the billions of stars in the Milky Way Galaxy.The book “The Creation” includes the traditional narratives and myths of Creation, Scientific & theosophical theories,  The Grand Design, Qur’anic and Biblical narrative of creation; Comparative analysis. Synthesis of Islamic & scientific narrative of creation. Human creation; Origin of life, Theory of Evolution and Refutation by Christians; Islamic perspective. http://freebookpark.blogspot.com/2012/06/creation.html

The Guidance : Does human need to be guided? If so, how?

It is said that human is a thinking, rational animal. He knows what is right and what is wrong, so does he/she need some additional source of Guidance? Some say ‘No’, while others say ‘Yes’ and still there are who say ‘I Don’t know’. The Book “Guidance” includes, natural guidance, miracles & signs; The brief on the messengers of God; from Adam – Noah – Abraham – Ishmael – Isaac – Jacob -Moses – David, Solomon - John The Baptist (peace be upon them all), Prophet Jesus Christ, The Son of Mary (peace be upon him) and The Last Messenger; Muhammad (peace be upon him). The Sacred Scriptures. i.e. The Bible and Qur’an have been briefly introduced:  http://freebookpark.blogspot.com/2012/06/guidance.html

Islam: Broader Perspective: : Legacy of Abraham:
Humanity has been blessed with the instincts and intellect to rationally identify and believe in the existence of a Supreme Creator and Sustainer through the signs within and all around. The man endeavors to live the life within the desired parameters to achieve His pleasure, the objective of his creation. This original religion was revived: Islam, in its unique spirit of monotheism, fourteen hundred years ago in concordance with the light of reason; exclusive of mysterious doctrines to cast a shade of sentimental ignorance round the original truths rooted in the human intellect, representing the latest development of the religious faculties. The Book “Islam: The Broader Perspective”;includes the Islam of Prophet Abraham, refutation of Prophet Jesus Christ by Jews, evolution of Christianity, revival of Legacy of Abraham (pbuh) by Prophet Muhammad (pbuh). Its doctrines, practices and the concept of Predestination has been debated. The other subjects include;  Jihad,  Shari’a , Priesthood, Human Rights and role of Islamic civilization in the development of humanity and the modern challenges. For details please download and read the book a: http://freebookpark.blogspot.com/2012/06/islam-broader-perspective.html